The majority of people are aware that chimneys need to be cleaned, unfortunately though very few actually think about it until a problem occurs. Problems can be considerably more severe than they initially seem – reduced ventilation can be the result of creosote build-up, which is a highly flammable substance.

Creosote is formed as a result of cresols and phenol compounds, chemicals which are released when wood is burned. It then condenses on chimney walls when the chimney or flue is cooler than around 400 degrees Fahrenheit, and when there is high moisture content in the exhaust gases from the fire.

Chimney fires can be relatively harmless if there is very little creosote build-up. However, should a significant creosote residue be allowed to form it can be very difficult to put out a chimney fire. Instead any such fire must ‘burn-out’ which can lead to cracking or damage the chimney liner and can escalate to a house fire in the worst-case scenario.

For obvious reasons it is vitally important that you have your chimney cleaned at regular intervals. Provided chimney temperatures are kept hot, or at least exceed 400 degrees Fahrenheit on a regular basis, creosote formation should be less.

Therefore, a good hot fire does somewhat clean your chimney, although it is certainly not a substitute for cleaning by a licensed professional Chimney Sweep. The real solution is to have your chimney cleaned often and at a bare minimum of at least once a year. 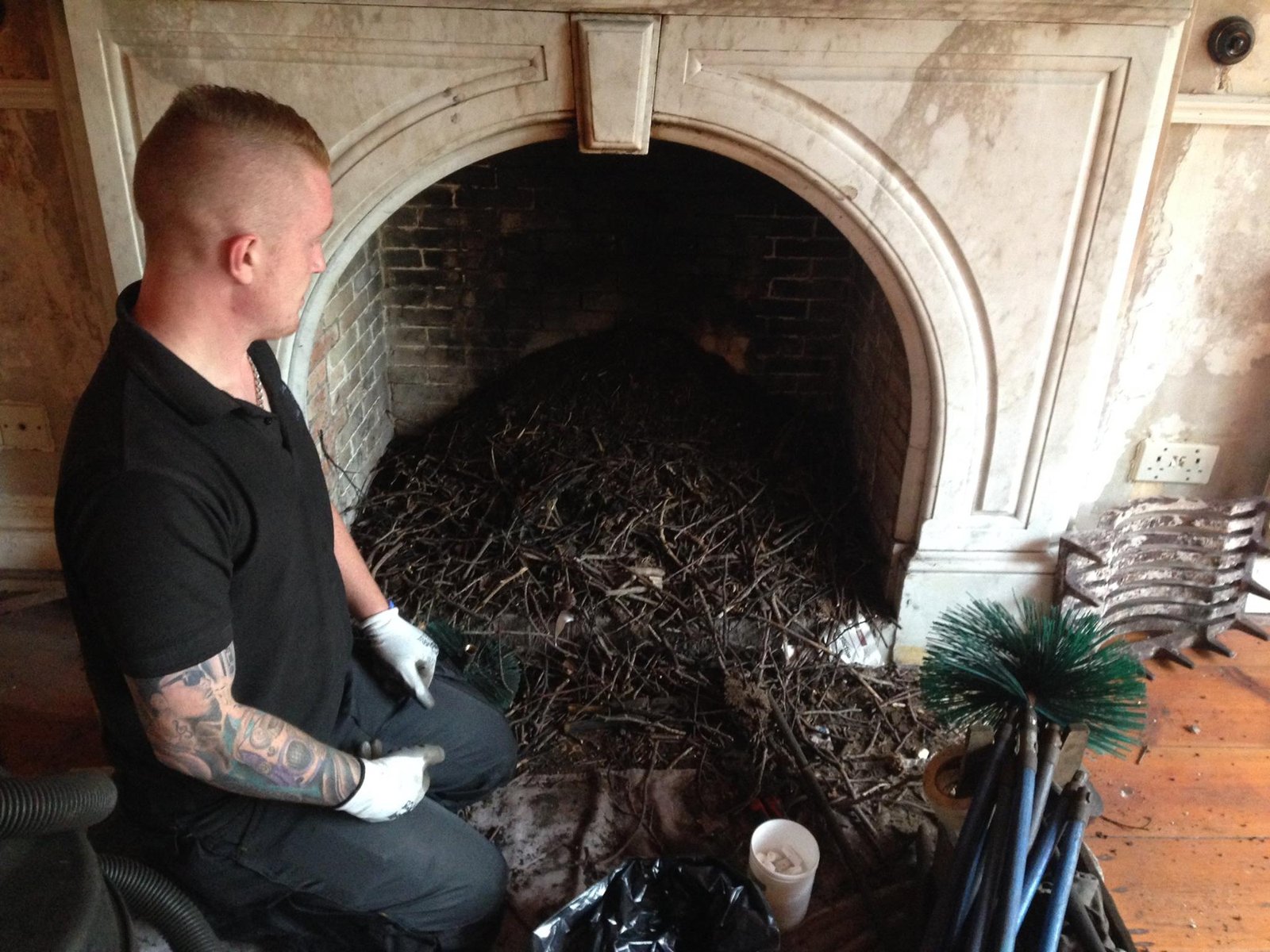